Years ago, as I mentioned in part 1, I felt my body betrayed me. I have a curvy, athletic yet petite frame. In many ways, I had a body women frequently wished they had. But as I said in my first post, be careful what you wish for.

My figure often attracted attention I didn’t desire. I wrote a whole chapter on this issue in my book. I interviewed models and a woman who wore the largest bra size I’d ever heard of. She spoke of how men treated her before and after the breast reduction. I wrote about this in the chapter entitled, “When Beauty becomes a Beast.” Fortunately I didn’t suffer the tragedy of the proportions this woman suffered.

But still, my body often drew attention from men. Of course you may wonder how I dressed, and I’ve always worn clothes that look fashionable (I’m a fashionista), but never low cut or tight. Never seductive in any way. Nevertheless, my physique frequently became an issue.

For example, one day  in my thirties, I swam my regular mile, then stepped into the hot tub as I normally did. A man was sitting in the hot tub, and I noticed he removed his wedding ring and placed it behind himself, hoping I wouldn’t see this. Then he engaged me in conversation, trying to pick up on me. Of course I shortly left the hot tub, and didn’t interact. Similar scenes frequently played in my life movie in those days.

No matter what I wore, in case you erroneously assume this line of thinking. I’ve always loved fashion but never dressed seductively. There is no excuse whatsoever for sexual abuse, regardless of how anyone is dressed. That said, I clarified my wardrobe for readers because my job as a writer is to tell the scene accurately, 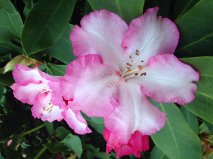 Year ago, I taught public school. Once the assistant principal called me voluptuous. Sexual harassment, obviously. I was 24 and naïve, but if this occurred today I would certainly take action. There is no excuse for sexual harassment whatsoever. That said, I wasn’t flirting in any way, shape or form.

As I write this, I remember other occasions when I received vulgar comments, guys talking to me but looking at my chest.

At age 23, I went to a dealership to purchase a car. I was preparing to move from Seattle to Palm Springs, California for a job offer. I knew nobody in California, but was excited for my new adventure. The salesman, looking at my chest, said, “You have to be 18 to buy a car. And you really don’t need air conditioning.” (For you younger people, A/C used to be an add-on with cars, especially in the Seattle area.) I informed him I was 23, and would drive myself and belongings to Palm Springs, about 1800 miles, in less than a month.

I would address the comment if it happened today. Then I would leave, kicking him hard financially as he would miss the sale. Powerful, symbolic language, “kicking him hard.” I picture myself wearing stiletto heels and kicking him with the sharply pointed toes with all my strength.

I have experienced men doing creepy things in pools. I swam competitively for years, and as an adult I’ve swam laps on and off for decades. If this ever happens again, I will report them. Again, for those who wonder what I wore, I the wore the same types of swim team suits all other athletes wear. I never wear solid color suits. This is for a reason. I rarely wear solid tee shirts either, as doing so requires careful planning. I know this is a vague statement as I writer. Let’s just say I don’t feel like connecting those dots.

In recent years I’ve thought of breast reduction surgery as an option. But I’m sure it’s expensive and insurance wouldn’t cover it. I have too many chronic health issues to take such a risk.

Imagine the opposite sex desiring you not for your heart, humor, and soul. They just want a piece of you. This is certainly not true intimacy, as such requires mutual connection on a soul level. A lop-sided endeavor is all about receiving pleasure, and is therefore by nature a façade. Not a relationship. Physical narcissism, impure and complex.

To be fair, I knew some men who enjoyed my true heart, humor and love for others. A few of them were men who wholeheartedly chased God and were sterling – if not golden – individuals. I respect such men as they offer themselves as servants and are not soley invested in gratifying their physical desires.

Here is another icy cold facet of feeling as though my body betrayed me: Women’s jealousy. I realized they felt threatened by my figure. Sadly, some still are.

At various points during my life movie, I gained some weight. The first time, not surprisingly, was after the rape. I protected myself on a visceral level, with fat. This is common with sexual abuse survivors.

When I wear ten to fifteen extra pounds, I blend into the background and men don’t look at me in the same way. Frankly this is somewhat freeing. No turning heads, and no “drinking it in,” as sex addiction terminology states. I pass you in the aisle of the grocery store, and you don’t check me out. I’m not even on your radar, unless you simply notice my flair for fashion.

About a year ago, I decided to tighten up my diet for health reasons. Since I have lupus and ankylosing spondylitis, I thought I would attend Overeaters Anonymous to purify my diet. I work a strong 12-step program, and 7 pounds melted off. Remember I am petite, so 7 pounds drops two sizes. At this point, more men open doors for me, and more men ask me to go ahead of them in line. I used to think they showed kindness. However, if I weighed fifteen pounds more, they wouldn’t have asked me step ahead in line. Fifteen pounds separates the men from the gentlemen. Truly.

A month ago, a guy in his twenties asked me out. I. Was. Shocked. Later, I realized when I wear a particular size, I tend to get noticed by men. I’m old enough to be his mother. Plus, I’m married and always wear my ring. Yet as a therapist, this isn’t surprising. Not much shocks me anymore, after all I’ve heard.

How is my perspective on body image related to the date rape? I realize the power of my God-given body on males. I suppose deep down, I’ve known this since I was twelve or so that they paid undue attention to my packaging. Yet when the soul robber stole my virginity and violated my innocent body, the fabric of my soul tore. I knew my body received undesirable attention. It was dangerous. It was powerful, and it was scary.

As I write this, I remember in fifth grade how a boy said, “I’d love to squeeze those! (breasts).” He formed his hand in the air, as though he was holding an apple. I wanted to melt into the playground grass.

His name is also forever etched in my bleeding heart. Along with the robber of my soul, as well as the name of his fraternity.

So of course you can see why I padded my body with a bit of extra fat.

And now, I lost two sizes and in my Overeaters Anonymous journey, Step 4, the process includes writing a list of people you hold resentments against. The actual verbiage is, “Made a searching and fearless moral inventory of ourselves.” So I will add the fifth grade boy’s name to the list. I will tell my sponsor about this tomorrow, and show her the blog.

Believe it or not, sometimes nowadays I can feel men looking at me. (Yes, guys. Women can feel when your eyes scan them, even when you’re in front of them by several yards.)

Today while journaling about various sexually abusive actions and comments I’ve received over the years, I suddenly wanted to go stuff myself with coconut pie. The odd thing is I don’t care much about coconut. Chocolate, yes. Coconut, it’s okay but I can take it or leave it. Obviously the thought of my body shedding the last 5 pounds or so rocks me to the core. This is terrifying, in some ways. I called my Overeaters Anonymous friends, because I needed to reach out before relapsing into chocolate.

So yeah, that’s what it’s really like to have the body that’s eye candy. I’ve  lost 7 pound, and the heads are starting to turn again.

Then there’s the clothing issue. Today I realized another beautiful blouse I bought will need to go to a friend, as it’s more form -fitting than I realized. I’ve been called “voluptuous” several times, regardless of what I wear. My fashion senses are more limited so I can blend more and not be on the radar of men. Because when they ask me in the store if they should buy this or that head of lettuce, I know they don’t truly care about lettuce. They desire to drink me in and see if it leads to anything else. Otherwise they would have asked the grandmotherly woman to the left her suggestions for lettuce.

So what happened to the guy who raped me? Notice I didn’t say “man.” A man honors the hearts of others, and chooses true intimacy rather than narcissism. A man swims in the sea of balance in regards to relationships. He may be codependant, but recognizes the fact and works to untangle the roots. He realizes men are wired visually, but seeks help when he grasps that he desires sex solely for his own desires. He knows he has dignity and depravity, and chooses life. In other words, he realizes when his body is betraying him and he is seeking a body and not the true heart and soul of a woman. He seeks help with Certified Sex Addiction Therapists if necessary, as they are trained in such arenas.

Whatever did happen to this guy – the robber of my soul? I’ve heard he is a very heavy drinker, and that he didn’t achieve his life goals. I do not know any specifics, but I truly hope he receives help for his own ravaged soul. For those who rob the souls of others do so because they are profoundly troubled themselves.

This doesn’t all wrap up in one glorious ending, with my saying, all the holes of my heart are thoroughly filled. I choose to live authentically, to have the courage to offer my true self. That is, God richly blesses me with more healing each day. I stuffed this deeply for many years, but now the grace of God has bubbled this darkness up to the surface so I can be free.

But in the meantime, I choose to tell my story, to unmask the crevasses of my wounded soul. Hopefully this heartfelt sharing will inspire you to unmask the holes in your heart, and release your own pain. For the seeds of freedom grow most glorious in the garden of community.~